Not speaking truth to power has cost us dearly

As the nation gets ready to welcome a new government in a few weeks, let us all pledge to shed the cloud cover syndrome that has engulfed this country and promise to hold governments accountable for their decisions 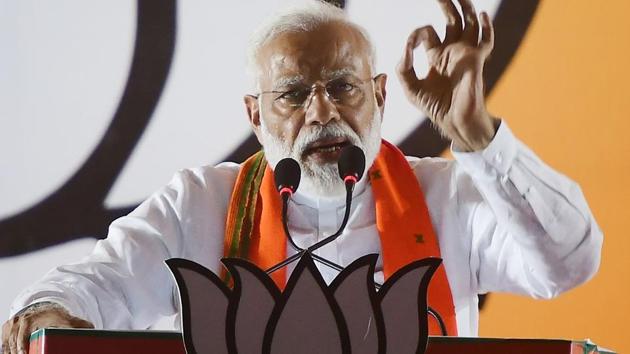 “I thought that there are clouds, it’s raining, so there is a benefit that we can escape the radar… the cloud can benefit us too.” Prime Minister Narendra Modi, in a recent interview, revealed these backroom details of the military strikes against Pakistan(AFP)

“I thought that there are clouds, it’s raining, so there is a benefit that we can escape the radar… the cloud can benefit us too.” Prime Minister Narendra Modi, in a recent interview, revealed these backroom details of the military strikes against Pakistan. He also bragged about how he “out-thought” the military experts in the room and used inclement weather as a supposed strategic advantage for the air strikes. Except, this was sheer absurdity as cloud cover does not prevent radars from detecting signals.

But Modi’s ignorance of military technology is not the issue here. The core issue is that no one sitting in that meeting room dared to highlight the irrationality of using cloud cover to hide from Pakistan’s radar. Had the wise men in that meeting room mustered up the courage to tell the prime minister that his understanding of radar technology was incorrect and it is better to postpone the strikes, perhaps the nation and the armed forces could have been served better. Their silence is the main crime. This inability to question and infuse reason into policy decisions has been the single defining characteristic of the Modi government’s policy making process in the past five years.

Over the past two weeks, there has been a sudden deluge of commentary on the perilous state of India’s economy. Senior executives of large consumer companies have warned of a recessionary environment. Car manufacturers have reported the worst sales decline in eight years. Production in factories measured by the Index of Industrial Production is now negative, a rare occurrence. Financial sector honchos are warning us of an impending liquidity crisis. Research reports from investment banks talk about how the slowdown will be deep and lengthy. There is now consensus that the state of the Indian economy is precarious. Yet, it is important to ponder over how our “cloud cover” culture should bear the brunt of the responsibility for this economic mess.

In 2014, when the banking sector needed cash infusion to tide over its then nascent non-performing asset issues, the Modi government asserted that accelerated GDP growth will automatically solve banking problems. Had anyone in Modi’s team informed the prime minister that higher GDP growth is no one’s birthright and it would be prudent to infuse liquidity into the banking sector, we perhaps would not be in the mess that we are in today.

Then came the disastrous idea of demonetisation. Imagine if even one person in that meeting room in the Prime Minister’s Office had told Modi that he was making a grave error in assuming that all cash is black money and all black money is in cash and that, invalidating 90% of the country’s currency overnight will only devastate the entire economy for many years, perhaps the disaster could have been averted. Ironically, even months after demonetisation, none of the corporate honchos and analysts that scream economic slowdown today were intellectually honest to speak truth to power. Worse, many of them even justified the policy, saying it would help in increasing digital transactions and the formalisation of the economy. It is indisputable that the suicidal move of demonetisation was the fountainhead of India’s economic woes today.

The lack of candid feedback on demonetisation emboldened Modi to commit another economic hara-kiri, just six months later: the hasty roll out of the Goods and Services Tax (GST). In an attempt to manage headlines, GST was launched hastily without debate and discussion. Again one wonders what could have been, had someone warned the prime minister against rushing into GST and convinced him to deliberate with various stakeholders prior to its launch. In the twin swoops of demonetisation and GST, within six months, the seeds of economic destruction were sown and harvested, that we are evidently reaping now.

The prime minister’s disdain for experts and intellectuals is well known. But policy making is serious business. Juvenile jugaad cannot be a substitute for subject matter expertise in policy decisions. No prime minister can be a subject matter expert in all subjects. In a liberal democracy, the executive and civil society shoulders a moral obligation to speak truth to power. The inability to do so in the past five years has cost this nation dearly. As the nation gets ready to welcome a new government in a few weeks, let us all pledge to shed the “cloud cover” syndrome that has engulfed this country and promise to hold governments accountable for their decisions. As Martin Luther King said, “There comes a time when silence is betrayal.”