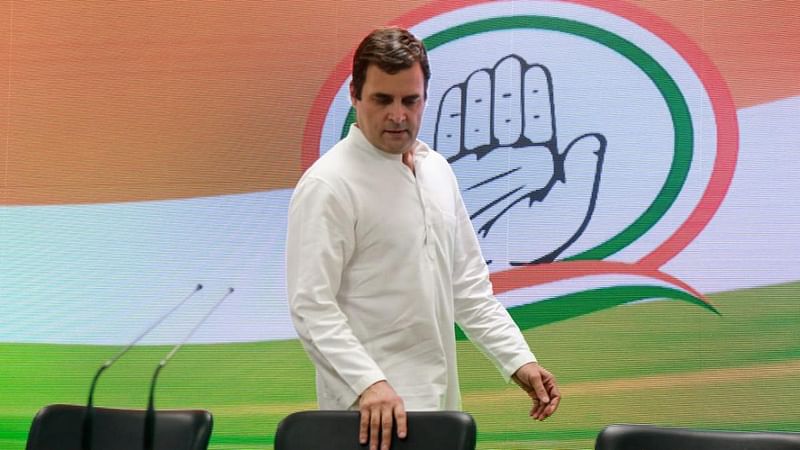 These are headlines of some news stories as they appeared in leading national newspapers. Between July 2019 and July 2022, there were more than fifty news stories, reports and analysis across mainstream English print and digital media publications that reported Rahul Gandhi’s return as president of the Congress party was imminent.

On 30 September, three candidates filed their nominations for election to the post of the Congress party president. None of them was named Rahul Gandhi. There were dozens of news stories over three years, proclaiming assuredly and incessantly that Rahul Gandhi will be the next Congress president, which obviously turned out to be false. Yet, there was no sign of remorse or even a civilised admission of being wrong by any of these reporters, agencies, or publications. Instead, the charade continued.

Over the past month, the same publications confidently quoted party sources that another member of the Gandhi-Nehru family will be the next president, and when that did not seem likely either, they announced that a sitting chief minister would be made a proxy for the family, and then unmindful of the irony of a ‘proxy’ turning ‘rebel’, they proclaimed that a former chief minister would be the new proxy, which too did not pan out and finally, have now decidedly established that another senior leader is the anointed proxy. It takes extraordinary arrogance to be so spectacularly wrong repeatedly and then nonchalantly continue to pontificate on the same topic. However, this column is not about the Congress party. It is about the sorry state of political reportage in Delhi-based ‘national’ media, from my perspective as both a producer and a consumer of such political news stories. The media coverage of the Congress party’s presidency is just a case study to highlight deeper and structural challenges confronting political journalism in India that general readers tend to be naïve about.

The honest truth about this particular incident and perhaps of many important political developments is that no one except the president really knew what, why and how events unfolded. But ‘we don’t know’ is not a palatable or enticing headline for a news story in the modern era of 60x60x24x7x365 battle for news clicks. So gossip, masquerading as news stories, expands to fill the space.

Very often, only the protagonists are present in political meetings where important internal matters are discussed and decisions taken. Usually, none of them speaks to the media post the meeting. In some cases, one of them may speak to reporters off the record when it serves their purpose, such as claiming that they were promised a certain position such as a chief minister or given approval for their actions. Reporters have no way of verifying these claims, but they nevertheless report these with aplomb, attributing them to ‘sources’. The pressure on political reporters to file news stories every day has inevitably lowered the quality bar for accuracy and truth is the casualty. This is not a unique revelation for media insiders, but most general readers succumb to such news stories, ignorant of the behind-the-scenes ‘source-based’ machinations. The old Panchatantra tale of six blind men and an elephant where each man is supremely confident that the part of the elephant, he is touching is either a slide (trunk) or a tree (legs) or a snake (tail) is the most apt metaphor for the state of political reporting in India today. Every ‘source’ for an inside political story may know some part but is often bereft of the context or the whole story and hence misleading, except of course when these ‘sources’ can provide documentary evidence for their claims.

The other problem is when reporters have cultivated relationships over many years or decades with political leaders, they tend to rely excessively and reliably on these sources. But when a political party is undergoing change or a break from the past, such as an election for the Congress president in this case, such vast prior experience becomes a hindrance. Dozens of well-meaning and experienced senior political journalists and editors could not fathom or come to terms with the notion that Rahul Gandhi may really not be a contender or that the Congress party may actually have an election for choosing its next president. Their sources, senior leaders, could also not imagine such a thing because it represents such a radical break from past norms. Hence, any change is viewed understandably with great suspicion and scepticism by senior reporters vis-à-vis the newer and younger reporters that do not shoulder the burden of past expectations and are able to grasp changes better and faster.

It is said journalism is the first draft of history. I shudder to think how distorted history can be if this is indeed the case. Many popular books on contemporary, post-independence Indian politics by renowned historians cite newspaper articles as sources for their interpretation and analysis. When newspaper stories are themselves dubious and often inaccurate, we run the great risk of reading our history wrong. I can attest to this from my personal experience of the 2019 Lok Sabha elections in terms of the massive gap between what transpired inside the Congress party and what was (mis)reported. Worse, eminent historians with strong views about Indian politics later cited, quoted, and used these inaccurate news stories to spout judgements and opinions in their articles and books.

Most of what I have said is neither new nor unknown to the producers and reporters of political news. But the general consumers (readers) still attribute great credibility to news stories in reputed publications, unlike social media stories. Reporters and editors of these publications shoulder a far greater ethical, civic and social responsibility for both today and the future, that they must be cognisant and appreciative of. Competing for clicks with social media sites cannot be the dictum governing such important responsibilities.

Praveen Chakravarty is a political economist and a senior office bearer of the Congress party. Views are personal.