Do your math. You will see that Modi increasingly looks like a one-term Prime Minister 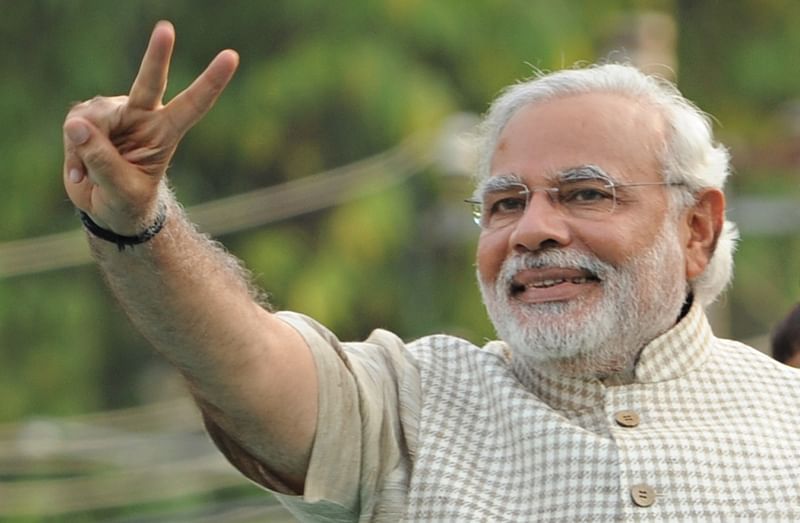 The BJP has not shown any signs of improving its tally in its weak large states such as West Bengal, Tamil Nadu, Kerala, Andhra Pradesh and Telangana.

There is a sudden flurry of articles from commentators and pundits across the ideological spectrum about how Prime Minister Narendra Modi’s seemingly sure second term is now in jeopardy. The very same commentators, just three years back, waxed eloquent over the “invincibility of Mr Modi”. So, what has changed? Is a sudden wave of disenchantment with the Prime Minister sweeping the nation, or were the commentators just plain fooled in 2014?

The answer is a combination of both. But perhaps the more important answer is in the numbers that most commentators routinely fail to understand before spouting opinions and predictions about Indian elections.

I wrote an article on 21 May 2014 (five days after the results were announced) in the Business Standard titled ‘The Black Swan election’, where I argued that the 2014 electoral outcome is a complete outlier and unrepeatable. The phrase ‘Black Swan’ was popularised by mathematician Nassim Taleb to characterise extreme one-off events — “tail events” in mathematical terminology.

In 1697, a Dutch explorer in Australia discovered a black swan which crushed the prevailing notion that all swans are white. But the chances of finding a black swan again are very rare.

Put another way, even if the BJP had only contested in 11 states in the 2014 elections, it would have still won an outright majority. The gap in the BJP’s victory rate of 90 per cent in its core 11 states and a mere 20 per cent in the remaining states is the widest such gap in India’s seven-decade electoral history.

That 90 per cent number was bound to drop in the next election. Only the steepness of the drop was in question. Regardless of the levels to which it will drop, it was clear that the 2014 victory was a one-off, unrepeatable event.

An inevitable “reversion to normality” would have meant that the BJP was in danger of losing its dominance in its core states and had to compensate for it in its non-core states. But the BJP has not shown any signs of improving its tally in its traditionally weak large states, such as West Bengal, Tamil Nadu, Kerala, Andhra Pradesh and Telangana. Anyone who understood this extreme skew in the BJP’s 2014 victory could have easily sensed the difficulty of a second term for Modi with an outright majority.

Instead, our pundits got carried away with the scale of the BJP’s victory in 2014 and unabashedly prophesised two or three terms for Modi. And now suddenly, after the Gujarat state elections and Rajasthan by-elections, it seems to have dawned on them that the 2014 BJP performance in these states was an outlier.

Just a correction of the mathematical abnormality of the 2014 elections would have sufficed for the BJP to not be able to repeat its 2014 performance. Added to it now is the rapidly rising voter disenchantment and feeling of deceit with Modi and his promises, as witnessed in recent state elections.

So, a mathematical “reversion to mean” and added disillusionment is likely be a double whammy for Modi. To this list of woes, add the BJP’s trouble with its alliance partners, and its inability to establish itself in its weaker states, and Modi is certainly increasingly looking like a one-term Prime Minister.

The author is chairman of the Data Analytics department of the Congress party.