Modi’s path to Houston this past weekend was paved with a hasty economic policy and institutional razing. 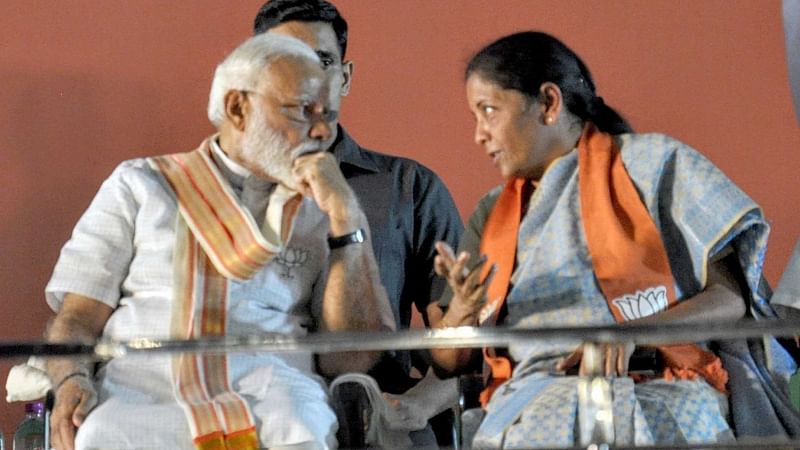 Houston, we have a problem” is a popular phrase in the US. It is a version of what American astronaut John Swigert frantically said from Apollo 13 in space to the NASA Mission Control Center during the failed 1970 expedition mission to the moon. Since then, the phrase has been used in everyday American life to refer to a sudden and a large problem that has emerged as a threat to previous plans.

Prime Minister Narendra Modi was scheduled to do a pomp and show in Houston city in the US for non-resident Indians in September. But then Modi and his government had their version of ‘Houston, we have a problem’.

The Modi government came up with a seemingly economic solution to announce a big corporate tax cut and restore the narrative. It worked. There was loud cheer from newsrooms to boardrooms for the tax cut. Stock markets recovered. Foreign investors smiled. Modi triumphantly declared that “everything is fine” to 50,000 people in Houston. With the Houston cacophony over, it is now time to ask the more fundamental question – will these corporate tax cuts work to revive the economy?

Corporate tax cut not the solution

To answer that question, we must first understand what ails the economy in the first place. It is true that corporate investment is very weak. But corporate investment is weak not because corporate tax rates are high. It is weak because there is slowing demand for goods and services in the economy. If people are not going to buy goods, corporates are simply not going to invest. Consumer demand is slowing because people do not have enough money. So, the solution to revive the economy was to fix the consumer side of the problem. Instead, the government chose to announce measures for the producers – the corporates.

Finance Minister Nirmala Sitharaman has said that the announced corporate tax cuts will cost the government Rs 1.45 lakh crore each year. By all accounts, most companies still have plenty of idle production capacity left. If high tax rates were not the reason for corporates to hold back on investments in the first place, surely, they are not going to invest these tax savings immediately to build more capacity and create new jobs? So, how will a corporate tax cut revive private investment and thus, the economy?

Now, imagine, if the same Rs 1.45 lakh crore were given to people directly, either as personal income tax reduction or as a basic income to the neediest. This would have propelled people to spend this money immediately, which would then increase demand for goods and services. Such an increase in demand would make companies increase production and help revive the economy. In economist speak, the Modi government has packaged a ‘supply side’ solution to the economic crisis when the immediate need was for a ‘demand side’ stimulus.

To be clear, low, efficient and stable tax rates are good economic principles. So, a lower corporate tax rate is welcome and good for the overall economy. But let us not justify this step as a cure for our current economic crisis, as much as demonetisation was not a cure for black money.

Not just the putative solution to the economic crisis but even the means adopted to come up with that solution was dubious. Just three months ago in July, Nirmala Sitharaman presented the Union budget, which Parliament approved. The budget had estimated Rs 7.6 lakh crore in corporate tax revenues for the next financial year FY20. Suddenly, now with the corporate tax rate cut, one-fifth of that budgeted corporate tax revenues (Rs 1.45 lakh crores) will disappear. There was no Parliament discussion or approval for this material change to the Union Budget. In recent history, no government amended direct tax rates without Parliament approval. Does this then mean that the Budget that Parliament approved just three months back is now obsolete? What will be the finances of the country for FY20? The corporate tax cut announced by the Modi government through an ordinance bypassing Parliament is yet another case of institutional sabotage, but something that has now become so routine that we as a nation have become nonchalant about it, sadly.

Lower corporate taxes are good. But not as a knee-jerk remedy to revive the economy from the current crisis. More certainly, cheery setting for a weekend jaunt was no reason to radically amend budget estimates, razing Parliamentary procedures.

The author is a senior office bearer of the Congress party & a political economist. Views are personal.