How crony is crony capitalism? 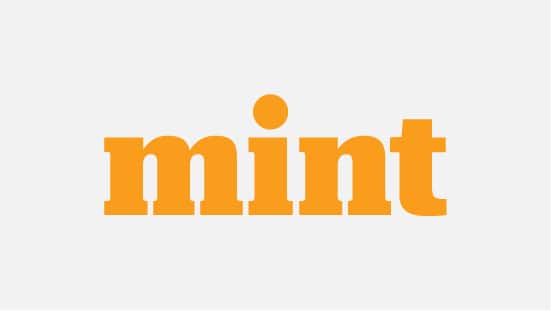 Our forex reserves may be growing rapidly, but our moral reserves are at 1991 lows,” someone said during lunch at a prestigious policy think tank event. It was yet another Sunil Gavaskar-style preachy cricket commentary on governance deficit, dwindling moral values and rampant cronyism in modern-day India—the kind that goes well with mojito cocktails these days. I blurted out: “Without being didactic, if one delves deeper beyond newspaper headlines and television cacophony, and attempts an analytical exercise to determine if crony capitalism is increasing alarmingly, there seems to be little evidence to back this assertion. Data does not support the claim that cronyism is on the rise; to the contrary, there is enough statistical evidence of Schumpeterian style creative destruction, post liberalization.”

Before being dismissed as a desperate attempt to be deliberately different, let me clarify at the outset that this is merely an exercise to raise the question—how much of this “perceptible” increase in crony capitalism is merely a function of the amplification of certain scandals by our media, suffering from cognitive dissonance, versus how much of it is actually supported by evidence.

Let’s start with the justifiable premise that capital markets are a good proxy indicator of wealth creation in India, just as it is in the traditional Anglo Saxon economies. Crony capitalism in its polite form is “managed capitalism”, and in its gory avatar it is “nexus capitalism”. If crony capitalism is on the rise, then either existing companies would get bigger (managed capitalism) or only companies with a “comparative advantage of connections and nexus” would succeed. Thus, we can formulate our analysis to study the rate of change of BSE-100 and BSE Sensex constituents, and glean key takeaways. Of course, the alternative to the rising crony capitalism hypothesis is Schumpeterian creative destruction, which postulates that in an environment conducive to entrepreneurship, newer companies will constantly displace older ones through innovation in free markets. Thus, Schumpeterian theory is the anti-thesis of crony capitalism as long as these new companies’ success is not solely by virtue of their “connections”.

I looked at the BSE 100 and BSE Sensex indices 1986 onwards, and calculated the rate of change of these indices in terms of constituents. I used five broad categories to classify companies:

• Resources—Companies that operate in state-owned resource sectors such as real estate, minerals, bank licences, spectrum grants and so on; therefore, classic cronyism cases

And I found these results:

• 70% of these replacements were entrepreneurial companies displacing legacy businesses

So this attempt at statistical analysis does not lend credence to the rising crony capitalism claim. If any, the analysis clearly shows that “unadulterated” entrepreneurship has flourished in the post-reforms era, and has successfully displaced legacy businesses.

A recent article in The Economist on oligarchic capitalism in India argues that corporate incumbents, or business houses, still dominate the economy. Surely, centuries-old business interests cannot be displaced in 20 years, but even that article acknowledges that private firms are taking over market share from state-owned enterprises and business houses. To paraphrase Milton Friedman—“trends are different from levels”.

The other oft-cited piece of evidence, presumably in favour of the rising cronyism argument, is the increasing number of Indians in the Forbes billionaire data. If any, my analysis of the billionaire list supports the private entrepreneurship argument—in 2005, nearly 50% of Indian billionaires were self-made; in 2010, that number was 57%.

Another rejoinder I have heard to this argument is that crony capitalism flourishes in the unlisted sector of the economy—corporate India that is not publicly listed. Barring large state-owned enterprises such as the railways, the contribution of unlisted companies to economic activity in India is still small. So it is an easy rejoinder to dismiss.

I wonder how much of the Indian media’s increased vibrancy (read nosier and noisier) vis-à-vis the Doordarshan days of the 1970s and 1980s may have subconsciously led all of us to draw alarming conclusions about the state of development in our nation. If only there was a way to mute out media noise and answer the larger question analytically and conclusively—is our development model fraught with the danger of going the oligarchic Russian way, or, barring some bad apples, are we much better off now than we were even a decade ago?

Praveen Chakravarty is currently on assignment with the Unique Identity Authority of India, and is a former managing director, BNP Paribas Securities.

Comments are welcome at theirview@livemint.com