Facing up to realities

Health pandemics and economic crises cannot be masked for too long 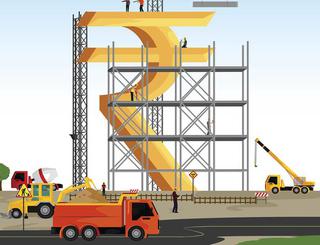 It is well accepted by most political economists that India’s economic performance is largely shaped by the ‘POW’ trinity — politics, oil and world economy. Political leadership and stability are critical determinants of domestic and foreign investment in India. Global oil prices play an inordinately large role in shaping India’s macroeconomy. World trade and global GDP drive India’s exports and industry.

In 2014, India gleamed with hope. For the first time in nearly half a century, the ‘POW’ trinity was perfectly aligned. Indians handed a parliamentary majority to a supposedly strong, decisive leader with a promise of economic development.

Beginning in 2014, global crude oil prices dropped precipitously from more than $100 a barrel to $40. It was estimated then that the steep fall in oil prices alone would add two extra percentage points to India’s GDP growth rate, besides taming inflation. The global economy was also on an upward trend from 2014, recovering robustly from the devastation of the 2008 economic crisis. The period from 2014 to 2019 was among the best five years for world economic growth in the 21st century.

So, in the summer of 2014, a billion Indians glimmered in hope and excitement at the prospect of rapidly rising income levels and prosperity under a perfectly aligned ‘POW’. Six years later, not only has the average Indian’s income levels not grown faster than before, it is actually ₹30,000 short of what it should have been.

Why did things go so wrong? The ongoing health catastrophe caused by the novel coronavirus in Hubei province of China offers meaningful parallels and lessons for India’s economic policy climate.

In a recent article, The New York Times reconstructed the events leading up to the novel coronavirus crisis. In early December, several shopkeepers in an open meat market in Wuhan started falling ill. Doctors in the hospital treating these patients raised alarms about a mysterious illness.

The Mayor of Wuhan, however, did not want any negative news about his city. He issued summons to the doctors who raised alarm about the illness and forced them to sign statements that their warnings were unfounded. Further, Wuhan’s healthcare authorities placed restrictions on discussing the illness in public. They assured the public that the disease was “entirely preventable and curable” and issued statements claiming that all was well. Ironically, at this time, the Mayor even held a “Health Expo” event to showcase Wuhan as a top healthcare destination.

Within days, there were hundreds of deaths and all hell had broken loose. It was no longer possible for the government to suppress this bad news. Within a span of seven weeks from the doctors raising an alarm about a mysterious disease, the novel coronavirus became a global epidemic.

It is both tempting and natural to ponder about the counterfactual. Could China have been saved from the novel coronavirus epidemic had the doctors’ alarms not been suppressed? What could the situation have been had the government not stifled factual reporting? Could doctors and scientists have discovered the virus sooner and ring-fenced it, had the Mayor not intimidated the doctors into silence? One will never know. But it is indisputable that drawing a veil over the ugly truth and facts made it much worse and the consequences more dire than what could have been.

The parallel with India’s unfolding economic crisis is striking. India’s government had dismissed, ignored, silenced or shunted all negative data, indicators, views and opinions about the economy. From the initial signs in 2015 of a banking stress to falling private investment to collapsing consumption demand to dormant exports and rising unemployment, there were ample signs and metrics of the rapidly deteriorating state of the economy. But these were either quickly buried or altered. Sure enough, India’s economic growth has collapsed to a six-year low. Similar to the Wuhan situation, one is left to wonder about what could have been India’s economic situation today had early alarm bells been heard and acted upon, warnings not suppressed and expert advice not dismissed. The average Indian is paying the price for this severe folly – ₹30,000 a year.

However, there is now one major difference in the way the Wuhan novel coronavirus crisis is being handled vis-a-vis the Indian economic crisis. The Chinese government has acknowledged the enormity of the Wuhan crisis and is acting at lightening speed to salvage the situation. It built a brand new 1,000-bed hospital in just 10 days to accommodate patients and contain the virus. It is building two more hospitals. Experts from across the country are being sent to Wuhan. There is an all-out effort by the government to help China recover from this crisis.

On the other hand, India’s Finance Minister, in delivering the longest Budget speech in history recently, did not even seem to acknowledge the enormity of the economic crisis, much less outline concrete steps to revive the economy. Beyond the numbers about fiscal deficit, taxation and expenditure, the most worrying and important takeaway from the recent Budget exercise was the government’s seeming nonchalance towards the gravity of the crisis the Indian economy is facing. Any amount of analysis of the intricate details of the Budget numbers or schemes is moot unless there is confidence and trust built among economic participants that the government is seized of the gravity of the situation and is taking concrete steps to resolve it. At present, this is conspicuously missing.

Health pandemics and economic crises cannot be draped and masked for too long. India’s $3 trillion market economy cannot be dictated and bullied into appropriate behaviour. It needs careful treatment by experts. It may be a cliché that desperate times call for desperate measures but worth repeating. While the run-up to India’s economic crisis was eerily similar to the way China ignored warning calls on coronavirus, one hopes, for the sake of a billion Indians and the world, that the Indian government emulates the Chinese government in handling its crisis.