Opinion: Is The ‘Freebies’ Debate Genuine Or A PM Modi ‘Master Stroke’?

In June, the Reserve Bank of India (RBI) in a report raised alarm over the deteriorating fiscal condition of state governments caused by rising expenditure on what they termed ‘freebies’. The very next month, Prime Minister Narendra Modi warned voters about the dire consequences of the promises of ‘freebies’ made by political parties during elections. In August, the Supreme Court (SC) observed that the “promise of irrational freebies is a serious issue” and asked the union government to constitute a panel to study this. The Election Commission (EC) too was asked for their comments on this issue by the Supreme Court.

1: Are ‘freebie’ promises made by political parties during elections akin to bribes and do they materially influence electoral outcomes?

2: Can there be a clear definition of what constitutes ‘freebies’ and ‘good welfare’?

4: Can the judiciary or union government dictate what political parties in various states can promise and not promise, within the realm of social norms, during elections?

5: Are state finances in a perilous state due to such fiscal extravagance?

As an illustrative example, in 2011, the Dravida Munnetra Kazhagam (DMK) announced free laptops for college students in its election manifesto for the Tamil Nadu state elections. Let us try and answer the above questions using this. 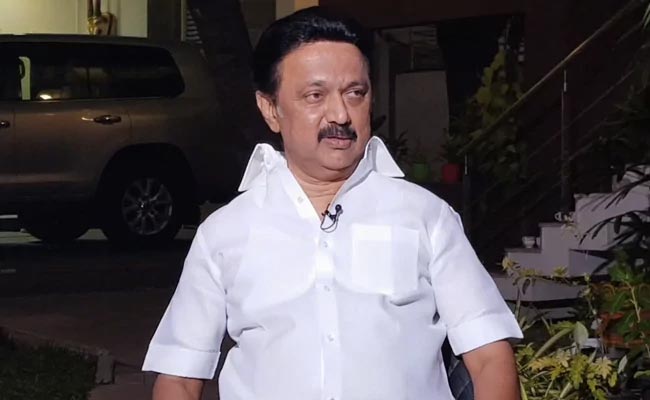 DMK lost the election despite its promises of free laptops and other ‘non-merit’ goods.

First, the DMK lost the election despite its promises of free laptops and other ‘non-merit’ goods. Tamil Nadu is often held up as the poster child for such poll ‘freebies’ with promises of colour televisions, gold, kitchen grinders etc. made by both the dominant political parties, DMK and Anna DMK, over multiple elections. But the Tamil voters threw out the incumbent party in every election from 1991 to 2011. Evidently, mere promises of ‘freebies’ are neither sufficient nor necessary to influence electoral outcomes. (I can attest to this as someone involved in designing the ‘NYAY’ minimum income guarantee proposal for the Congress party in the 2019 election, which clearly did not influence the outcome, though the proposal is certainly not a ‘freebie’ in the pejorative sense but a sound economic policy drafted with eminent experts). If only open promises of ‘freebies’ for voters were enough to win elections, then, in a vibrant multi-party democracy, every party would make equally lavish promises and therefore, the appeal for voters would vanish quickly, as Tamil Nadu has shown.

Political parties throw the ‘kitchen sink’ at voters during campaigns in the hope that something will stick – the BJP promised farm loan waivers for the 2017 UP elections, the Congress promised higher procurement prices during the 2018 Chhattisgarh elections, TRS promised two-bedroom houses during the 2018 Telangana elections, AAP promised free power for the 2022 Punjab elections. This does not mean that these parties would not have won their elections had they not made such promises. There is no evidence that ‘freebie’ promises carry any distinctive advantage for a political party to help win elections.

Next, are laptops a ‘freebie’ or a ‘welfare good’? The COVID-19 lockdown showed laptops are perhaps more essential for kids’ education than school buildings. If government expenditure on school education is considered ‘good welfare’, so should laptops. Tomorrow, will free internet to bridge the digital divide be considered a ‘freebie’ or welfare? The larger point is that yesterday’s ‘freebies’ may be tomorrow’s ‘welfare’, and a poor state’s ‘freebie’ may be a richer state’s ‘welfare’. A basic minimum income program such as NYAY is now universally recognised by economists as prudent and efficient welfare, but may have been deemed a ‘freebie’ just a few years ago. Attempting to classify such expenditure into ‘freebies’ versus ‘welfare’ is both slippery and a fool’s errand.

It is also illogical to classify the same program as permissible ‘welfare’ if implemented after coming to power, and an impermissible ‘freebie’ when promised earlier, during elections. It is the very tenet of democracy to force politics to respond to people’s aspirations and for an elected government to implement a policy it wants.

Similarly, in a functioning democracy, there is an implicit social contract between political parties and their voters. In an ideal world, parties act based on their judgement of voters’ desires and voters vote based on their judgement of parties’ performance. It is true that in reality, a variety of factors other than measured performance corrupt the democratic ideal, but that still does not grant the judiciary or the union government rights or powers to be an arbiter and dictate what political parties in various state elections can promise or not promise. That is between the voter and the party.

The real issue here is fiscal profligacy of state governments and the perilous state of their finances. The RBI is correct to raise alarm about the worsening fiscal condition of states. But pinning it to ‘freebies’ is naïve, harmful and a losing argument. The RBI is better off trying to impose financial penalties such as higher borrowing costs for fiscally reckless states rather than ordering or prescribing the type of expenditure states can indulge in or not, especially in a diverse multi-party democracy like India.

The dire fiscal situation of states is a very serious issue that warrants urgent attention. But remedial measures must be through financial actions. Imputing causes such as ‘freebies’ impact the larger democratic fabric of the nation. Or perhaps, this is yet another ‘master stroke’ by the Modi government to stir an animated national debate on the issue of state finances using the alibi of political ‘freebies’, in which case, it has succeeded very well!

(Praveen Chakravarty is a political economist and Chairman of the Data Analytics department of the Congress party.)