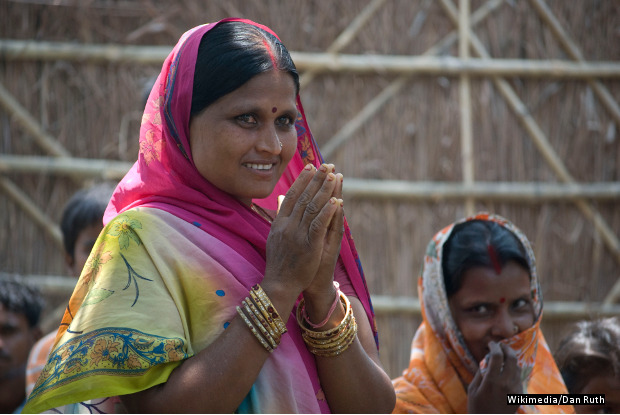 “Bihar has the lowest percentage of women voters”.

While the former is a familiar headline to close observers of Indian elections, the latter is perhaps not. Neither statement is false or incongruous with each other.

As the state of Bihar labours through a five-phase electoral process to deliver a new government, political gynecologists have used various proxies to gauge which way the wind is blowing, akin to the guessing game of determining the sex of a child using proxies such as weight gained by the expecting mother or the size and shape of her pregnant tummy.

In the first four phases of polling, women voter turnout percentage is higher than men. This has sparked conjectures of women turning out in large numbers to support incumbent Chief Minister Nitish Kumar. There are also various attempts to explain this phenomenon of higher women voter turnout in Bihar than men including that of Bihari men toiling away in other states and not being able to return home to cast their vote, testament to the empowerment of Bihari women, improved law and order situation, higher efficiency of the Election Commission and so on.

Other explanations are simple and colourful–women in Bihar love to dance to the tune of democracy more than women in other states.

There may be a much simpler explanation if we believe the underlying data. Of the 12 largest states of India that account for 80% of all voters (UP, Maharashtra, West Bengal, Bihar, Tamil Nadu, united Andhra Pradesh, Madhya Pradesh, Karnataka, Gujarat, Rajasthan, Orissa and Kerala), Bihar has the lowest percentage of women who register themselves as voters.

With such a low percentage of women registering as voters, it seems plausible that there is a self-selection mechanism at play, i.e. only those women who are keen to vote, register as voters in Bihar and hence actually turn out to vote.

Overall, it seems that the number of men and women who register as voters in Bihar is among the lowest along with Rajasthan. It is then plausible that the voter turnout data is adversely selective, i.e. only those serious about voting register to vote and hence also vote in an election.

The fact remains that as a percentage of total population greater than 18 years, Bihar has the fewest men and women voting in an election. There could be various explanations for this by itself but none of which will also explain better law and order or male migrant labour or women empowerment etc.

While this doesn’t take away the fact that women turnout is higher in Bihar vis-à-vis men (as in Tamil Nadu), it is not clear that it necessarily signifies anything larger about law and order or Bihari society other than the fact that these women are very keen voters who take their franchise right seriously.

Note: Bars represent men/women ratio for the following: 1) population > 18, 2) registered voters, 3) actual voters. It is defined as no. of men divided by no. of women for each of the above parameters.