War On Black Money Or Peace With Magenta Money?

During the May 2016 assembly election campaign in Tamil Nadu, officials of the Election Commission of India intercepted three mini trucks. They found Rs 570 crores in cash bundles with no supporting documents to verify its legitimacy. Its origin, destination and owners remain mysteriously unknown until today. There is a well entrenched school of thought that campaign finance is the fountainhead of most illegitimate wealth in India. Had there been no Rs 500 and Rs 1,000 rupee notes in India, it would have been almost impossible to furtively store and move Rs 570 crore of cash during the Tamil Nadu assembly election. The logistics costs of handling large sums of cash rise exponentially as denominations become smaller.

This can act as a strong deterrent to hoard large sums in cash which can then serve to minimise illicit cash or ‘black money’, as is popularly referred.

This, in a nutshell is the cornerstone of the argument made by former CEO of Standard Chartered Bank, Peter Sands, in an often cited research paper published by Harvard University. The research paper surmised that “eliminating high denomination, high value notes would make life harder for those pursuing tax evasion, financial crime, terrorist finance and corruption. This would disrupt the business models of these bad guys”.

Larry Summers, the former Treasury Secretary of the United States endorsed this idea and called for the U.S. to retire its $100 bill. This idea has received popular support from global experts such as Ken Rogoff of Harvard University, the IMF, the Economist magazine and so on. If this classical definition of ‘demonetisation’ of high value currency to increase transaction costs of illicit hoarding is accepted, then the recent claims by the government of India of waging a “war on black money” fails this definition.

Prime Minister Modi, on the night of November 8th announced an overnight ban on the Rs 500 and Rs 1,000 rupee notes. He also announced the introduction of a newer Rs 500 rupee and a brand new higher value Rs 2,000 rupee note. Subsequently, the government announced that even the Rs 1,000 rupee note will be reintroduced. So, during the next Tamil Nadu assembly elections, it will only take 1,750 briefcases to carry Rs 570 crore of cash bundled in the new two thousand rupee notes compared to the 4,000 briefcases required today. 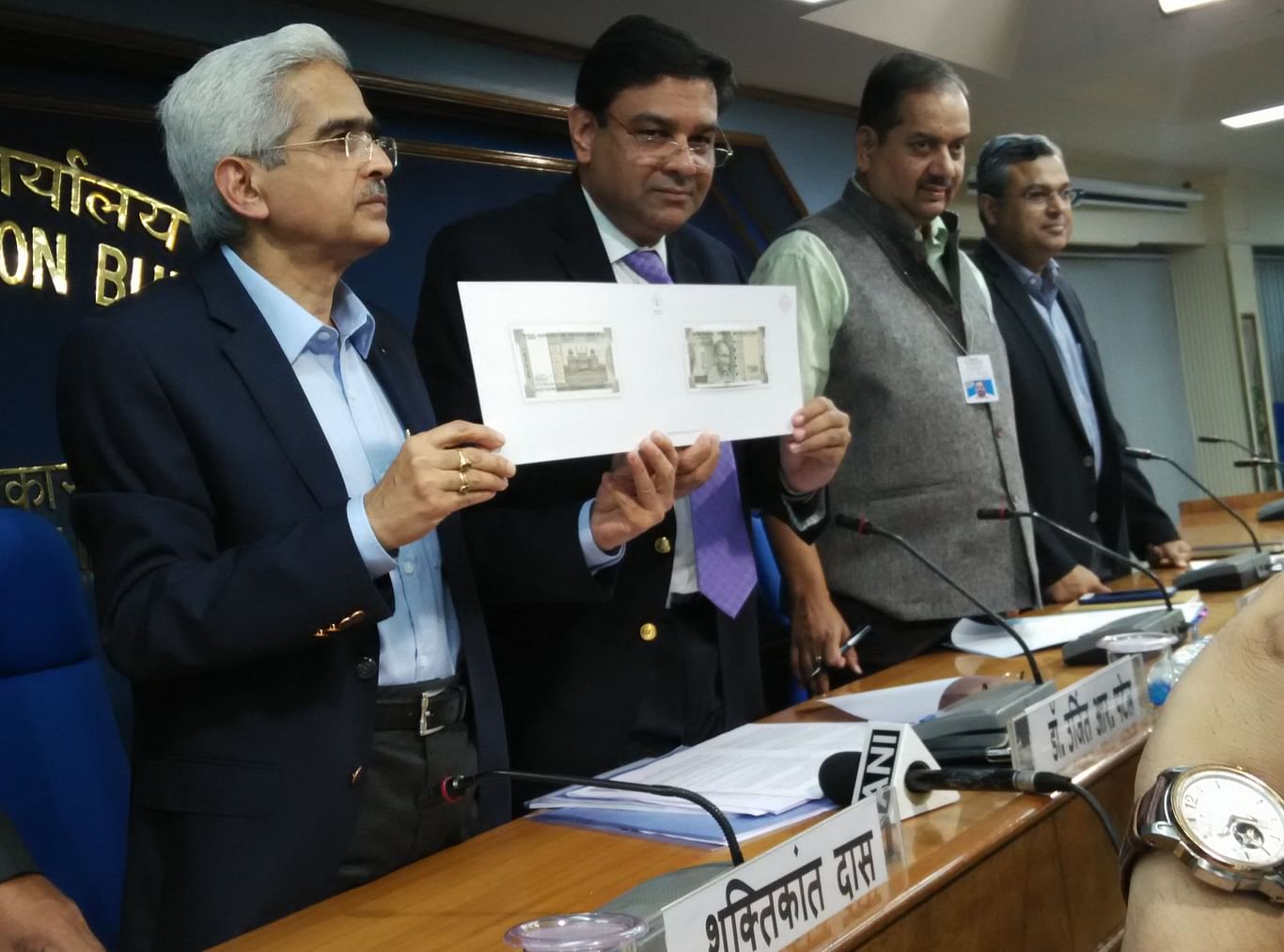 Transaction costs of cash have actually reduced with this recent government decision, not increased. There have been various reasons cited for this puzzling introduction of a Rs 2,000 rupee note such as costs of reprinting, need for high value currency for economic activity, time taken to print new notes etc.

If the entire value of the Rs 500 and Rs 1,000 rupee notes had to be reprinted in Rs 100 rupee notes, it would have cost Rs 13,000 crore. In an economy with an annual GDP of Rs 130 lakh crore, surely this is a miniscule cost worth incurring for the longer term benefits of a ‘war’ on black money? The argument that India needs a Rs 2,000 rupee high value note for its economic activities is also faulty.

Based on per capita GDP, the average Indian today can receive her entire year’s income in 400 currency notes of the highest value (Rs 1,000 rupee). On a purchasing power parity basis, it will take 950 such notes(100 yuan) for the average Chinese, 560 notes (100 dollars) for the American and 670 notes (50 pounds) for the British.

Essentially, the government has brought in new currency to replace old currency. This is a perfectly valid exercise to check counterfeiting and to punish past sins of illegitimate wealth. People holding unaccounted currencies of Rs 500 and Rs 1,000 will now have to pay a penalty to keep their money or burn them to avoid scrutiny. It remains to be seen how many will choose which option.

It is important to remember that of all the currency notes held by Indians, only 7 percent (by volume) are Rs 1,000 rupee notes. So, if truly the supposed black money hoarders were all holding their illicit cash in Rs 1,000 rupee notes, then it is a miniscule fraction.

This exercise in essence is yet another punitive action similar to raids, disclosure schemes and so on, albeit extreme. Perhaps the situation of counterfeits and illicit cash was so grave that it needed this ‘shock and awe’ cleansing action which other punitive measures could not achieve. Withdrawing counterfeit notes from the economy, in itself, would have made this a perfectly legitimate exercise. But the spin rhetoric of this being a ‘war on black money’ with all the theatrics of an overnight ban was perhaps unnecessary.

When all of the travails of currency exchange of old with the new is done and dusted, the fact remains that the new currency regime makes it easier to hoard cash than the older currency regime. It is argued that the sheer suddenness of this action will be a strong enough signal to instill fear to prevent future attempts to accumulate black money. This is a big leap of faith and a gross underestimation of the skills of the ‘bad guys’. But it still does not explain the need to make it easier to hoard illicit cash by introducing a Rs 2,000 rupee note.

It is also argued that in the new world of Aadhaar, GST (goods and services tax), Jan Dhan Yojana and intensified government action, it will be much harder to accumulate black money, going forward. If all of this is indeed true then, again, why a Rs 2,000 rupee note? The Prime Minister in his speech claimed that the Reserve Bank of India under Raghuram Rajan recommended the introduction of new Rs 2,000, 5,000 and 10,000 rupee notes and that the government only accepted the Rs 2,000 rupee idea. While this may be a convenient alibi, it does not explain how this helps in what is supposedly a ‘war on black money’.

There has been criticism by most other political parties of this unilateral and sudden nature of the government’s decision to ban Rs 500 and Rs 1,000 rupee notes overnight which has disrupted the lives of many honest cash holders, caught in this battle between the government and the ‘bad guys’. These are transitional inevitabilities that will pass. There have already been various commentaries on the impact of this decision on India’s addiction to cash, the informal cash economy, on banks’ balance sheets, consumption growth, RBI’s ability to indulge in rate cuts, impact on inflation and so on.

The Bangalore crowd has also jumped onto this bandwagon to claim this is a great step towards a cashless India when in fact people are only rushing to take proud selfies with the attractive new currency notes. All this aside, a simple evaluation of this decision of the government against its stated intent to curb black money leaves one perplexed. By the standard definition of curbing illicit wealth through demonetisation of high value currency, this recent move is no ‘war on black money’ but ‘peace with magenta money’, the colour of the new Rs 2,000 rupee note.

Note from the author: Temptations to call the author a “shameless supporter of black money” for questioning the government’s decision can be avoided!

View Opinions From Business And Policy Experts On BQ Prime