Five years ago, in January 2012, a 40-page research paper was published by the Brookings Institution on inflation in India and the role of the Reserve Bank of India in taming it. The authors of that paper, in a scathing introductory paragraph, said disquieting and obvious questions need to be raised on public policy grounds… The central bank head is pleading hopelessness or a form of muddled eclecticism and concluded by lamenting that “answers have been scarce”. The paper waxed eloquent about the need for rigorous analysis of causes of inflation in India, employing scientific tools to carefully analyse the inflation problem and arriving at well thought-out solutions to address them.

The paper was brilliant and received an overwhelmingly positive response. The larger point that the paper made was that policy issues need to be grounded in rigour, costs and benefits weighed carefully and only then specific policy interventions have to be devised. It also rightly articulated the need for the central bank head to be open to suggestions and provide answers to questions raised.

One of the authors of that paper was Urjit Patel, the current Governor of the RBI.

Purportedly, on November 7, 2016, the Government of India sent a letter to the RBI where it said “to mitigate the triple problems of counterfeiting, terrorist financing and black money, the Central Board of the Reserve Bank may consider withdrawal of the legal tender status of the notes in high denominations of Rs 500 and Rs 1,000”. The government’s letter to the RBI further elaborated that “in the last five years, there has been a significant increase in circulation of Rs 500 and Rs 1,000 notes.” Upon receiving this “advisory” from the government, what would Urjit Patel of the 2012 vintage have done? 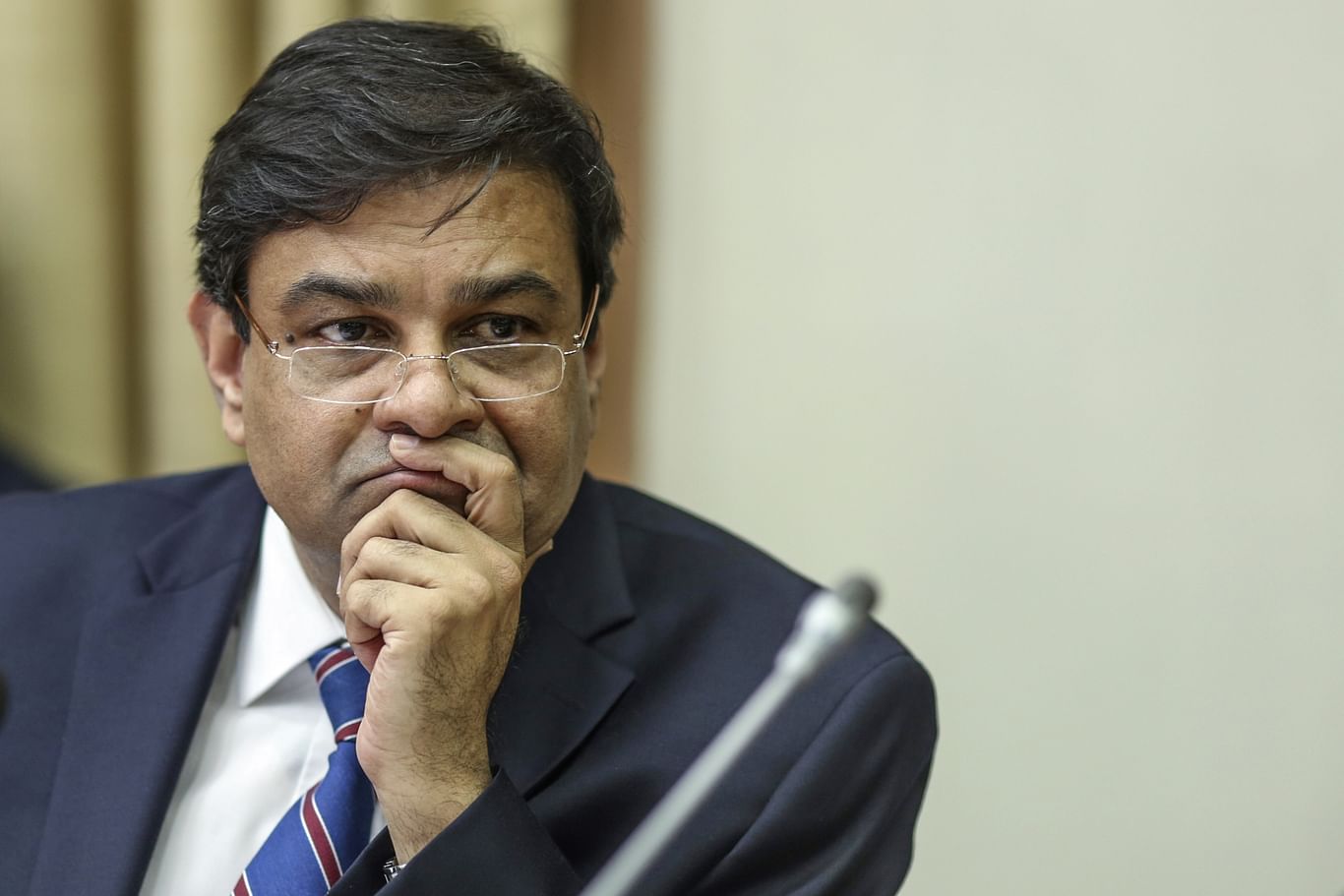 Urjit Patel would have tested if banknotes and high-denomination notes in circulation measured as a percentage of GDP were rising disproportionately.

Upon testing this, he would have found that contrary to the government’s claims, the percentage of high denomination notes in circulation has actually been constant at roughly 9.7 percent from 2011 to 2015. He would have also realized that the Rs 1,000 note was only introduced in the year 2000 which would explain an initial adoption effect. Further, to his utter surprise, he would have realized that the total value of all banknotes in circulation as a percentage of GDP has come down from 12.2 percent to 11.4 percent in the last five years and did not rise, as the government claimed. With these results, he may have hypothesised that there is perhaps a shift to higher denomination notes from smaller denomination notes as India continued to grow richer. 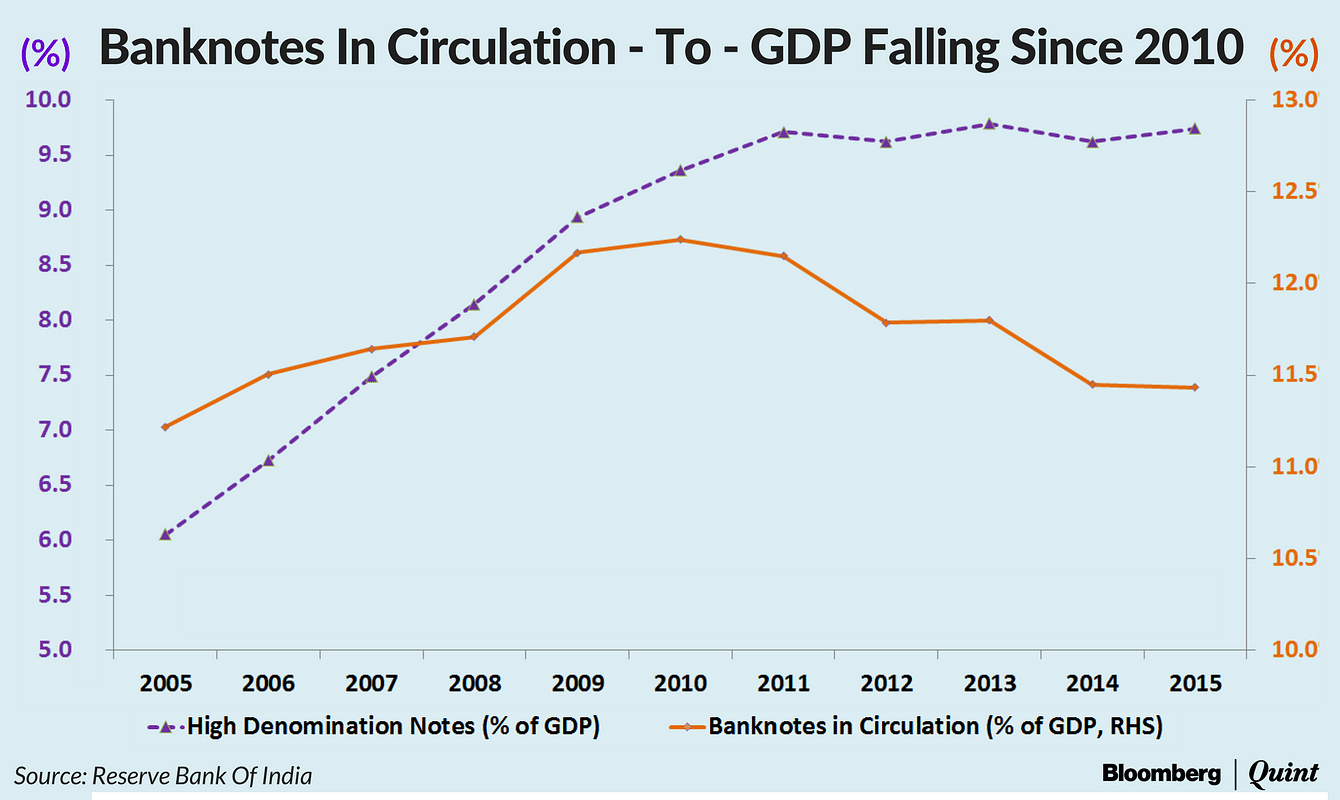 Urjit Patel, the meticulous researcher, would have thus concluded that perhaps there is no substance in the government’s theory of an inordinate rise in currency in circulation or high-denomination notes in the last five years.

If there was no disproportionate increase in high-denomination banknotes, then claims of a growing “black economy” solely due to increase in currency is also suspect. 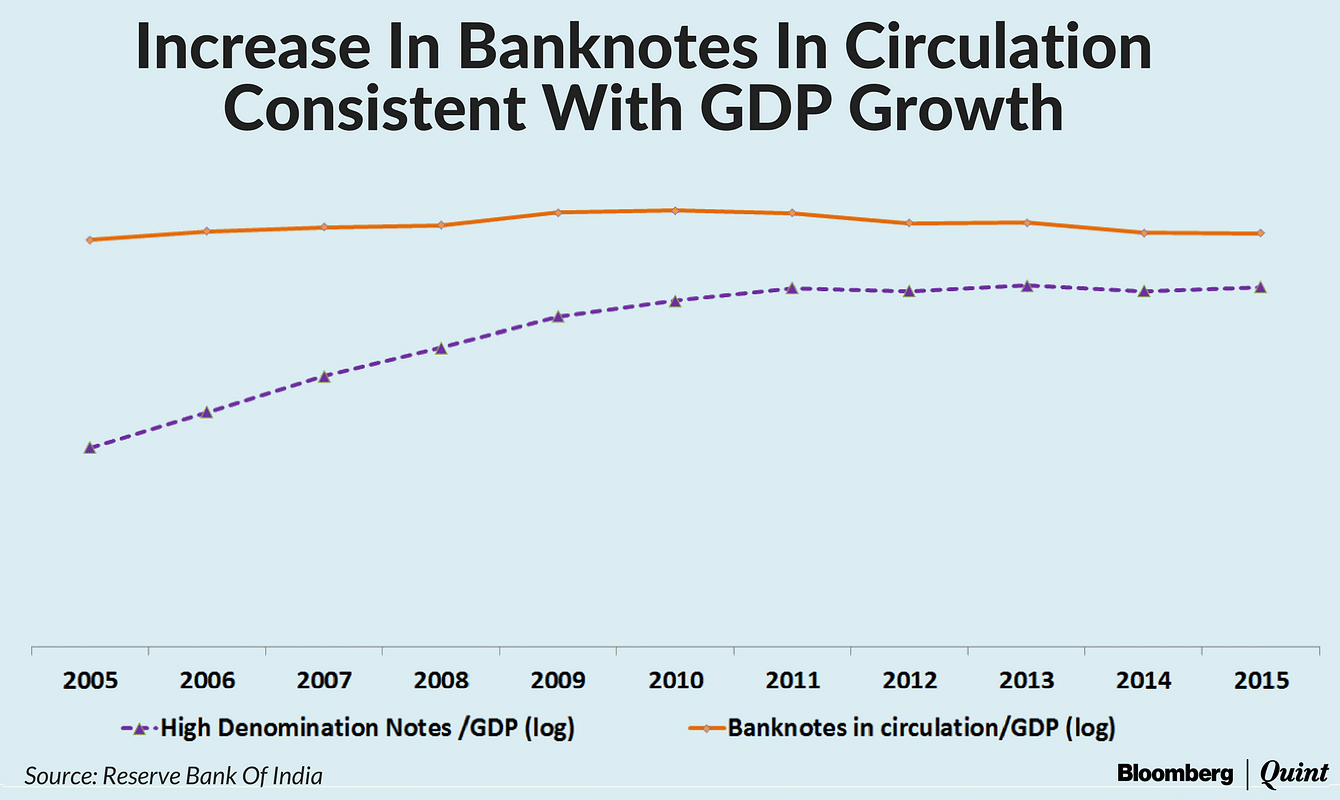 Further, Urjit Patel may have pondered if an increase in absolute levels of banknotes and high-denomination notes aided terror financing, as the government claimed.

Again, he would have sought empirical evidence to test this claim and collated data on terrorist strikes and fatalities from the Global Terrorism database and the South Asian Terrorism portal.

To be sure, he would have also agreed that even a single terror attack and a single fatality on Indian soil is condemnable and needs to be stopped. However, using this dataset, he would have realized that it is very difficult to establish a causal relationship between the number of terrorist strikes on Indian soil and the absolute levels of currency in circulation. Urjit Patel may have thus been perplexed at the government’s claim that there is a sudden increase in terror financing due to an increase in high-denomination notes in circulation. 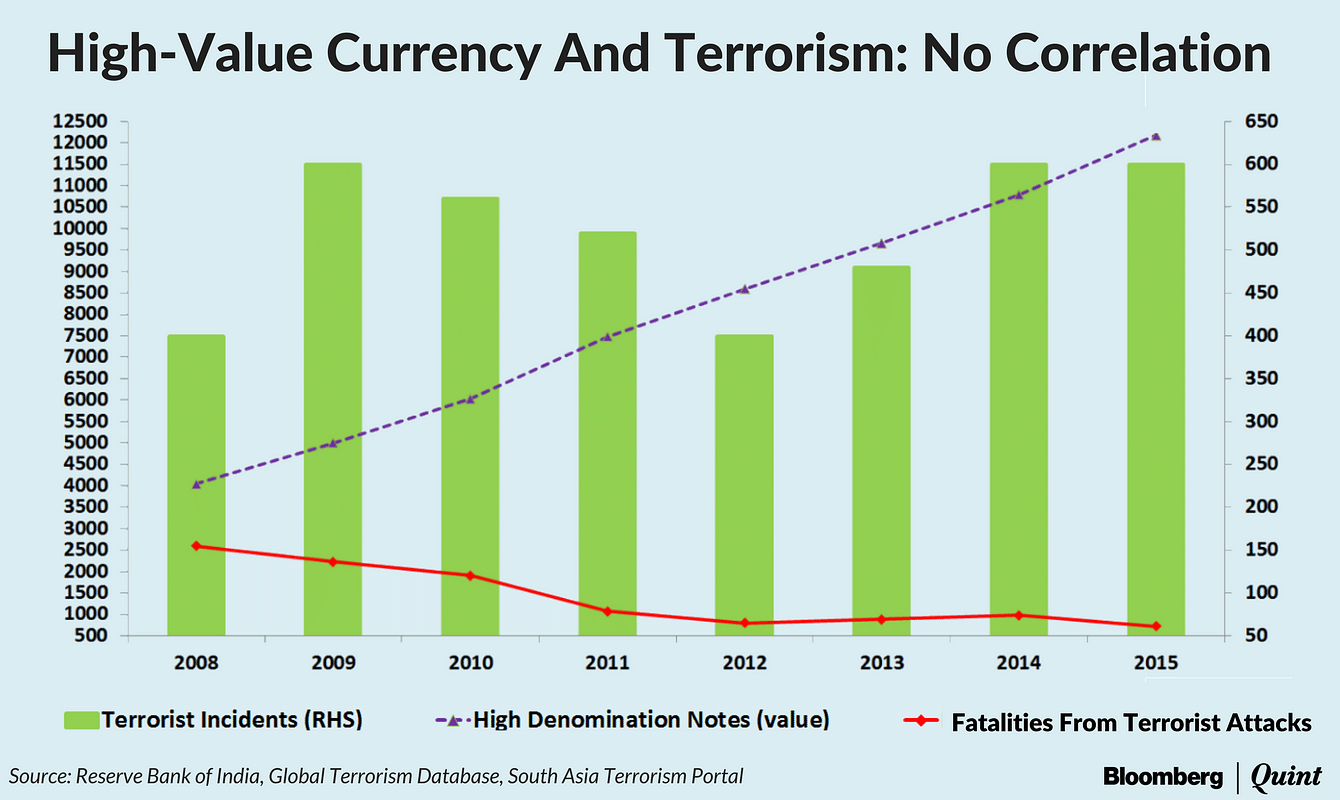 With all of these analyses and findings, Urjit Patel may have perhaps been unconvinced regarding the government’s advice to the RBI to invalidate Rs 500 and Rs 1,000 banknotes as a specific solution to stem the problems of terror financing and black money. Counterfeiting is a perennial and global problem that central banks have addressed through periodic changes in designs of banknotes. Despite all this, Urjit Patel, the liberal economist, may have also opined that should the democratically elected government still decide to retire Rs 500 and Rs 1,000 notes, the RBI will certainly support it but will need sufficient time to prepare and be ready to minimize economic disruption.

Urjit Patel in 2012 also felt very strongly about the need for the RBI Governor to provide answers to questions raised in the larger public policy interest, be open to suggestions and not be dogmatic in approach.

So, going by those standards, Urjit Patel of the 2012 vintage, would not have waited for two weeks to release detailed numbers of currency deposits in banks, explained the basis for radical policy decisions such as rationing currency in the nation in the absence of a financial emergency and would have been very transparent about the decision-making process of the RBI about one of the most significant central bank decisions taken globally in recent history.

Urjit Patel’s co-author of that 2012 Brookings paper was my good friend, Gangadhar Darbha, who sadly passed away last year. Gangadhar would have agreed with me – What a difference five years can make!