Demonetisation was the epitome of whimsical, illogical policymaking 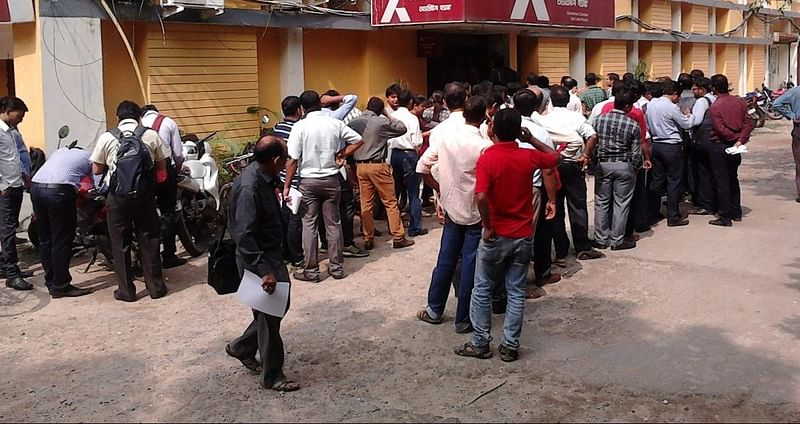 The government wanted demonetisation to combat three problems. None of them seem to have been solved.

A letter sent by the Government of India to the Reserve Bank of India (RBI) on 7 November, 2016 stated: “To mitigate the triple problems of counterfeiting, terrorist financing and black money, the Central Board of the Reserve Bank may consider withdrawal of the legal tender status of the notes in high denominations of Rs 500 and Rs 1,000”.

The purported logic of suddenly demonetising high value currency to mitigate black money was that the hoarders of illicit wealth would be caught unawares and will be forced to destroy their illegitimate wealth to escape scrutiny. The RBI has told us in its annual report that nothing of this sort happened.

Less than 1 percent of the accumulated wealth in currency notes of Rs 500 and Rs 1000 were destroyed. Either the amount of illicit wealth held in high value currency notes was vastly over estimated by the government or the system was deceived to legitimise the illegitimate wealth. Either way, the mission failed.

It is popularly argued that now all this wealth is in bank accounts, it can be subjected to income tax scrutiny to determine legitimacy, which would not have been possible otherwise.

This argument is utterly illogical and is akin to arguing that every car owner must surrender his car so that the government can determine who got their cars through theft and who bought it legitimately. To catch car thieves, one needs to go after all thieves, not all car owners. For the objective of using demonetisation to extinguish black money held in cash, the RBI gets an F grade, i.e. fail.

Fake currency is a universal and an inevitable problem which can only be solved through periodic changes in note design, not by invalidating all currency overnight with all its attendant issues.

What is worse, but not unexpected, is that as per the RBI’s annual report, within three months of the launch of the new Rs 2000 note, there were already 638 fake ones in circulation. This alone should serve as a grim reminder to those justifying demonetization to combat fake currency. An F grade for this too.

Has demonetization reduced terrorist financing? It is impossible to measure this except to check if there has been a reduction in terror-related incidents post demonetisation. This is not a perfect proxy but a reasonable one. Data from the Global Terrorism database and South Asia Terrorism portal says there is no evidence that there has been a sudden and structural decline in terrorist incidents in India post-demonetisation. Demonetisation has also failed this objective.

All the objectives for the demonetisation exercise as elucidated by the government are perfectly valid and noble goals to pursue. Except that demonetisation was absolutely the wrong means to achieve those goals. Chapter 8 of RBI’s annual report 2017 should be preserved as an epitome of whimsical and illogical economic policy making in the history of this nation.