Learning to live with coronavirus

The original lockdown was correct. But it is now time to return to a ‘new normal’, with safeguards 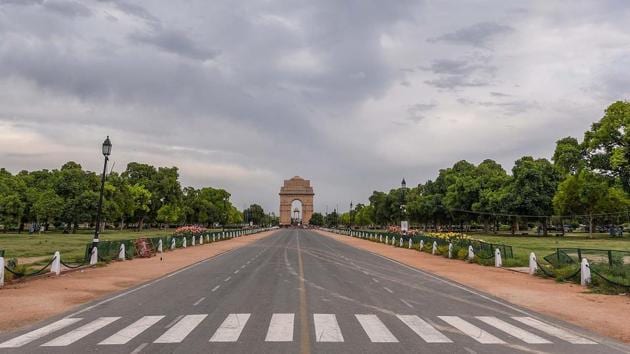 A majority of Indians may get infected, and then recover from it. The lockdown is neither a cure, nor viable anymore(Biplov Bhuyan/HT PHOTO)

To exit the lockdown or not, that is the question” — William Shakespeare’s paraphrased poem best captures the nation’s dilemma. Unlike Prince Hamlet, this is not a question of one’s own life but a billion other lives. It is critical to make this decision on sound facts and evidence, not fear or hope.

When Prime Minister Narendra Modi announced a 21-day total national lockdown on March 24 to combat the coronavirus disease (Covid-19) epidemic, half a million people in the world were infected, 20,000 people had died, and the virus was rampaging through nations. Epidemiologists warned of alarming deaths and hospitalisations. Without a vaccine and in the grip of panic, world leaders, in herd behaviour, adopted the Wuhan model of locking down citizens to combat the epidemic. India followed suit with Modi assuring the nation that social distancing was the only way to counter the virus and a lockdown would break the chain of infection.

March 24 was just a month ago, but it is eons in Covid-19 time, as the world learns more about the disease every day. There is now greater information, data and evidence to assess the lockdown strategy and chart the next one.

India now has over 25,000 cases, up from 500 at the time of the lockdown announcement, with an average of 1,500 new cases reported daily. But this is a misleading metric. The total number of cases is simply a function of the number of people tested. The more the number of tests, the higher the number of cases. For example, Uttar Pradesh, Bihar and West Bengal account for one-third of India’s population but only one-tenth of all Covid tests and cases. Does anyone believe that Bihar, with 120 million people, has almost the same number of Covid cases as Kurnool district in Andhra Pradesh with half a million people? It is highly likely that a more intensive stratified testing strategy would have revealed multiple times the cases than reported. It is now clear that the lockdown has neither broken the chain of infection nor is it a cure for Covid-19, as claimed.

The other goal of the lockdown was to flatten the curve, in tandem with available hospital capacity. India has one hospital bed for every 2,000 people; Bihar has one for every 10,000. In the United States or the United Kingdom, there is one for every 300 people. Even if India had miraculously doubled the number of hospital beds in a month and slowed down the spread of the virus by half vis-à-vis other nations in lockdown, it would still not be enough. Flattening the curve in India’s context is simply not a viable goal.

Did the lockdown achieve social distancing? The idea of distance is a luxury in a poor country. Nearly all poor households in India have six members or more. Hundreds of millions of migrant workers are often crammed into one room with six or more people in big cities. As reports show, locking people in their homes has proved counterproductive.

So, the lockdown has not stopped the virus, flattened the curve or physically distanced the majority, the three objectives laid out by the PM. It is also well-established that the lockdown has imposed severe humanitarian costs. In the absence of full information, the lockdown at that time was the right strategy but it is now clear that it is not an efficient one for India.

After 20 million tests, 2.5 million cases and a little under 200,000 deaths across the world, the following facts about Covid-19 can now be established.

One, 99% of people below 60 years of age with no pre-existing disease are safe and need not fear the disease. Two, the Indian Council of Medical Research’s finding is that more than 70% of Covid-19 infected Indians are asymptomatic. Which means they will be unaware of their infection, unwittingly transmit it to others and unknowingly recover from it.

Three, even for vulnerable people, the fatality rate of Covid-19 is not as high as it was initially estimated and is perhaps the same as severe influenza, as per recent studies. And four, contrary to belief, there is no evidence of either the weather or genes providing natural immunity for Indians.

In short, a majority of Indians may get infected and recover from Covid-19, obliviously. There is no vaccine for the disease expected for at least 18 months. Until such time, a lockdown is neither a cure nor viable. India’s favourable demographics and a significantly lower fatality rate than estimated means learning to live cautiously with the virus is the only pragmatic strategy. This does not mean that India is free from the Covid-19 danger or that it should throw caution to the wind. Weighing the trade-offs with improved knowledge of the epidemic, returning to a “new normal” with adequate protection for the vulnerable, precautions of distancing and hygiene is the most optimum strategy.

But there is extreme fear and panic, which is justifiable and understandable, given the sudden onset of a seemingly deadly new virus. People are petrified of contracting the infection and, unfortunately, there is also a social stigma associated with the disease. New evidence shows that such fear and panic are unwarranted and a gradual return to a new and safe normal is the best option. It takes tall political leadership to calm nations and lead people out of their deep fears. Just as President Franklin Roosevelt did in 1933 when he exhorted Americans to shed their fear of the Great Depression, with the words “There is nothing to fear but fear itself.”