The harsh truth is that India’s economy is not working for its people due to misguided policies. So, there is only one metric that India’s budget must focus on: Employment 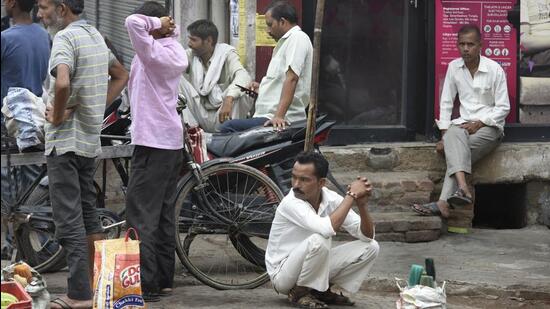 India’s industrial policy needs a radical departure from the failed pursuit of big manufacturing that does not produce as many jobs as they used to. Grand announcements of budget schemes without accounting for the number of jobs they create are pointless. (Sushil Kumar/HT PHOTO)

Every year around February or March, three large democracies — the United States, the United Kingdom and India — go through a ritual. The American president delivers the State of the Union address, the British chancellor of the exchequer delivers a budget speech, both typically for an hour, and India’s finance minister (FM) presents the Union Budget for two hours. These speeches take stock of the economy and outline the government’s priorities for the following year.

Over last decade, “jobs” was mentioned roughly 20 times by the US President in each address and 15 times by the British chancellor in every budget speech. In India’s budget speeches, “jobs” barely finds a mention, just twice in each speech on average.

This is emblematic of India’s misguided economic policy priorities. Every year, there is an elaborate song and dance around the presentation of the Union Budget. The media, largely representing the corporate sector, puts on a colourful show, highlighting government schemes and taxation changes. Stock market junkies behave like the FM’s words feed directly into corporate balance sheets, triggering instant stock price movements. How many jobs the budget schemes will generate is a question that is conspicuously missing from this inane spectacle. Yet, as surveys repeatedly reveal, the number one economic issue for Indians is the lack of jobs.

When the budget is presented, there will likely be chest-thumping about a 9.2% Gross Domestic Product (GDP) growth in FY22. However, unemployment, as tracked by the Centre for Monitoring Indian Economy, has grown by a record 22% in the same period.

Booming stock markets will likely be another boast. Since the beginning of the pandemic in 2020, the top 400 companies on the Bombay Stock Exchange have gained ₹2.6 lakh crore in profits ($35 billion) and ₹150 lakh crore ($2 trillion) in market value. But, here is the rub: These companies had 5.4 million employees before the coronavirus pandemic, which remains roughly the same today. This means $2 trillion of increased market value and record profits did not generate any new jobs.

There will also be much gloating over the rise in “unicorn” (billion-dollar) technology startups. Eighty unicorns and 12,000 newly funded startups employ two million people directly and indirectly. To put this in context, 30 million people queued up in November 2021 to ask for work at paltry minimum wages under the Mahatma Gandhi National Rural Employment Guarantee Act (MGNREGA). It is a good reflection of India’s labour market since only those desperately in need of income, demand work. In essence, 15 times more people in penury are pleading for minimum wage work than the total number of people employed by all startups in India combined.

There is a massive disconnect between the real economy, as reflected in the livelihood prospects of hundreds of millions of Indians, and the commentariat economy that reflects the conditions of a minuscule few. India’s budgets fail to acknowledge this dissonance and the changing contours of contemporary economic development models where capital and automation have crushed labour.

For example, the government recently announced ₹76,000 crore in tax incentives and subsidies to promote semiconductor manufacturing in India, which sounds like a perfectly reasonable economic policy. But data of global semiconductor giants such as Foxconn and TSMC show that over the past decade, while their sales have grown nearly six times, the total number of people employed has grown only two-fold, due to intensive automation. Modern semiconductor manufacturing plants do not create as many jobs to impact India’s 400-million workforce. ₹1 crore given as an incentive to a steel, auto or semiconductor manufacturer creates 10 to 30 new jobs. In contrast, the same amount given to a textile or a leather goods manufacturer creates 2,500 new jobs. India’s industrial policy needs a radical departure from the failed pursuit of big manufacturing that does not produce as many jobs as they used to. Grand announcements of budget schemes without accounting for the number of jobs they create are pointless.

Every budget calls for a deft balancing act between revenues and expenditure. Given India’s growing economic disparity between the rich and the poor and the looming Chinese border threats, expenditure on defence, welfare, education and health can only go up.

This has backfired where the corporate sector has not created the jobs while the government has been deprived of much-needed revenues. It is now well acknowledged that globally, corporate tax cuts do not create jobs, contrary to what the trickle-down economic theory mandarins had us believe. This budget can set a glide path to reversing this trend. Perhaps it is time to experiment boldly with corporate tax incentives linked directly to the company’s payroll to provide a specific thrust on employment.

The harsh and inconvenient truth is that India’s economy is not working for its people. It is futile and facile to hide behind meaningless numbers of headline GDP growth, stock market indices or the number of unicorns. It is time to press the reset button. There is only one metric that India’s budget must focus on and one word that must be uttered the most in budget speeches: Jobs.

Praveen Chakravarty is a political economist and chairman, data analytics of the Congress