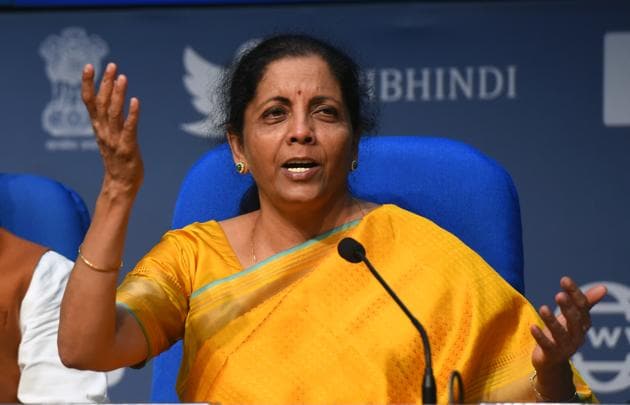 In the Union Budget, finance minister Nirmala Sitharaman, with great flourish, announced a new personal income tax structure. This was touted as yet another “significant reform” that would simplify the income tax regime.

Predictably, the media latched on to this as the most important announcement in the budget. After days of ceaseless commentary and analysis, questions were raised — is this new income tax structure actually beneficial to the working class, will it be possible to switch from one structure to another every year, does one need to forego all exemptions to avail of the lower tax rate, will this impact home ownership and so on.

Individuals that earn less than five lakh rupees a year will be exempt from income tax in both the old and the new regimes. Forty-one (75%) of the 55 million reported a returned income of less than five lakh rupees. In other words, 75% of income tax filers in 2018-19 were not required to pay any income tax, either with tax exemption benefits or without. Which then implies that 75% of income tax filers will not care about the ‘new and simplified’ income tax structure. It is then unclear how the finance minister and the revenue secretary made the startling claim that more than 70% will benefit from the new structure when data shows that 75% of them will not even be impacted by the new tax regime.

Next, for people earning more than Rs 15 lakh a year, there is no change in tax rates between the old and the new structure. Which means people in this income category will be ambivalent between the two structures since their tax rates do not change. As per the 2018-19 data, roughly 5% of all income tax filers reported gross income of more than Rs 15 lakhs a year and hence will not be bothered by the new tax structure.

Of the remaining 20% of all income tax filers that could potentially be impacted by the new structure, nearly three-quarters of them paid an average amount of Rs 23,000 in income tax, after exemptions. For a person paying just Rs.23,000 annually in income tax, the new structure with a five or ten percentage point reduction in tax rates in lieu of foregoing exemptions will not generate any significant savings.

It is baffling that the finance minister and her Revenue Secretary claimed that more than 70% of income taxpayers will benefit from the new structure. Unless, they are indulging in word play between income tax “filers” and income tax “payers”. That is, they are perhaps referring only to the tiny fraction of people that pay substantial income tax, and claimed that 70% of this tiny fraction will benefit from the new structure. Which is obviously a misleading, mischievous and a hollow claim to grab headlines, a habitual practice of the current government.