Judge the budget by its tax revenue growth figure

If it is a lot higher than nominal GDP, either it is false, or taxes will increase, or tax harassment will intensify 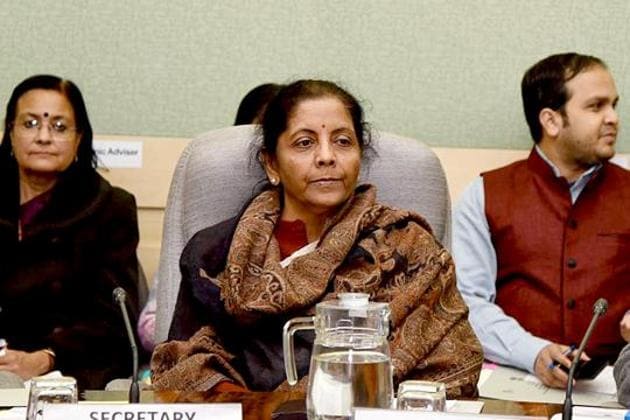 “Supervision is fine but not suspicion”. These are not the words of an irate teenager to her parents, as one would suppose. These are the words of the chairman of India’s largest industrial group, the Tatas, to the prime minister (PM) of India and his government. That the employer of three-quarters of a million people should say this reflects the current hapless state of India Inc.

A few days later, the front pages of newspapers flashed the picture of former FICCI president and chairman of Edelweiss Capital, Rashesh Shah, being escorted for investigation by officials of the Enforcement Directorate on charges that the company has refuted vehemently. Given Shah’s spotless image among his industry peers, WhatsApp groups in Mumbai that day were flooded with memes spoofing “Minimum Government, Maximum Governance”, the 2014 electoral promise of the PM.

The very next day, the commerce minister, ostensibly responsible for improving commerce in the country, heaped scorn on the chairman of the world’s largest e-commerce company, who was visiting India to announce a large-scale investment in the country. This baffling behaviour set tongues wagging in the technology startup industry, perhaps the only sector that has provided growth and jobs in recent years.

All these incidents happened in just one week. Recall, just five months ago, the chairman of India’s largest coffee chain, Café Coffee Day, jumped to his death, claiming, in a suicide note, that he was ending his life due to the ignominy and harassment inflicted on him by income tax officials.

These are not unrelated events.

Former PM Manmohan Singh, in an eloquent article in The Hindu, diagnosed the roots of India’s current economic crisis as the breakdown of trust between economic agents and the governors of the economy. He warned about the unhealthy climate of palpable fear and panic pervading Indian society and business.

Back in August, in an article for the Hindustan Times, I pointed out the perils of the current government’s “morality governance” paradigm in which every policy decision is characterised as “good versus evil” and the triumph of good over evil. The Goods and Services Tax (GST), demonetisation, the formalisation of the economy were all policies that followed this playbook.

Here is where we are now — the lowest economic growth in over four decades, the highest unemployment in four decades and so on. Where do we go from here?

There will be yet another budget presented shortly. A lot has been written, providing policy advice to the government about improving demand or rationalising expenditure.

But the most vital ingredient for economic recovery is the revival of business confidence. This cannot be done just through big policy announcements of tax cuts or sector-specific incentive schemes, but by removing the lens of suspicion and ending acts of tax harassment, as the chairman of the Tata Group pleaded.

Watch for one number in the budget that will signal if the Narendra Modi government is serious about ending distrust and tax harassment or not — the budgeted growth in tax revenues for the next year.

For tax revenues to grow much faster than the nominal GDP in a particular year, either the tax rates have to be hiked or collection targets for tax officials have to increase to collect more from existing taxpayers and/or bring new tax payers, a license for tax harassment.

Nominal GDP is now growing at roughly 7%, the lowest in roughly 45 years. There has been no increase in income tax rates and, if any, there has only been a reduction in corporate tax rates. So, in these circumstances, if the finance minister budgets next year’s tax revenues to grow significantly higher than nominal GDP (greater than 10%) in her upcoming budget, then it can only mean that either she is misleading us, or that the government is looking to increase tax rates substantially in the course of the year, or that the tax harassment of business and individuals is only going to intensify in an effort to increase tax collections, or a combination of these.

Whatever the case, it is bad news if the budget assumes overall tax revenue growth that is significantly higher than nominal GDP growth.

Formalisation of India’s economy and widening its tax base has been a much- vaunted doctrine of the government’s policy over the past several years. The flip side of coerced formalisation is suspicion, harassment and distrust. No major economy in history has set out on an explicit path of formalisation of its economy as a goal. Formalisation is an outcome of economic development and growth. If India Inc today feels victimised and is pleading for mutual trust, it is the result of this explicit goal to formalise India’s economy by force.

Headlines and narratives of the budget aside, look out for just one metric in the budget — tax revenue growth of overall taxes, corporate taxes, income taxes and GST.

If any of these numbers are significantly higher than 10%, then you have the answer — the government has not learnt its lessons and the harassment of Indian industry will continue.